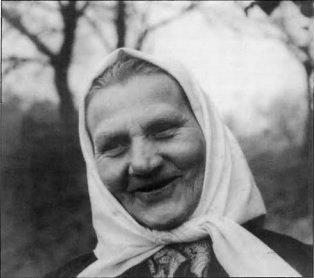 Lithuanian women have been the backbone of the Lithuanian nation society since immemorial times. 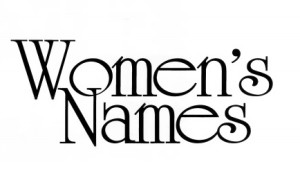 Since names of women did not begin to appear in Lithuanian historical records and documents until much later than those of men, we do not exactly know what types of personal names Lithuanian women used before the propagation of Christianity in the 14th and 15th centuries. With the exception of a few like Raude, Loke, Derkinte and Visalge, not much more is known. So when we talk about the oldest names of Lithuanian women, we can only theorize.

If the introduction of Christianity — which interrupted the natural development of Lithuanian ancient names — had not taken place when it did, today we could probably find answers to the question of women’s earliest names by just looking at historical documents from the 15th and l6th centuries. But unfortunately, the only names we find there are the ones received at the time of baptism (Agnieška, Amelija, Agota, Apolonija, Barbora, Darata, Elena, Elzbieta, Ieva, Jadvyga, and others). Most of these Christian baptism names are of Latin, Greek, Slavic or Hebrew origin, and they comprise the majority of names used by Lithuanian women today. Some of them are just as popular today as they were centuries ago (Asta, Edita, Gabriele, Ieva, Jolanta, Judita, Kristina, Laura, Monika, Regina, Renata, Rita, Simona, Viktorija, Virginija), while others (Agnieška, Darata, Magdalena, Marcijona, Petronele), are rarely heard nowadays.

Another group of names used in Lithuania today is made up of newer ones which appeared during the second half of the 20th century — most borrowed from other countries (Ilona, Ingeborga, Raimonda, Sigrida, and others). This was particularly evident during the Soviet occupation, when baptism was discouraged (even forbidden), and the giving of Christian, even national, names was frowned upon.

Surnames of Lithuanian women also began to appear at a later date than those of men, and developed at an even slower pace. There were a number of reasons for this, the main one being that in earlier times women did not have much of a role in political, social, economic or other official matters. As a result, their names rarely appeared in official records and documents. Sometimes names of peasant women would be listed in inventories of manor houses or in censuses of villages. And names of women of noble birth occasionally appeared in documents relating to court proceedings, sale/ purchase documents, last wills and testaments, and other similar instances. But in any case, at least in the beginning (15th-l6th centuries), women were always listed as daughters or widows (e.g., Elena, daughter of Vykintas; Maria, widow of Kesgailo), and occasionally as wives, of men (Sofia, wife of Kantautas). By observing the way women’s names were written in early documents, one can see the strong dependability that they had from men. A woman’s name did not have as much importance as the name of the person (father, husband) she was dependent of. This was particularly true among members of the higher classes where connections to the family’s name and past history were extremely important. But one thing is certain: women clung to their fathers’ names more than they did to their husbands’. Even after marriage, a woman would continue to use her father’s name — rather than her husband’s — as part of her own name.

When names with patronymic suffixes (endings) became widespread among men during the 16th century, we see the same happening to the names of women. A suffix designating a married women, -iene — which is still used to this day — appeared (e.g., Kazlauskiene = wife of Kazlauskas). In official documents we find this suffix recorded in many different ways (-iene, -ienia, -ienie, -iena, -enia, -enie, -ena, -ieina, -ieinia, etc.).

A number of suffixes to designate unmarried women also appeared during this time. One was -ycia, (sometimes also written as -icia, -icie, -ycie, -yea, or -icza), which was usually added to men’s names that ended in -is and -ys (e.g., Augutycia = daughter of Augutis). Another one was -aicia (sometimes also written as -aycia), which was added to names ending in -a and -as (e.g., Radvilaicia = daughter of Radvilas). And the third one was -ucia (sometimes -ucia or -uicia), which was added to names that ended in -us (e.g., Baltrucia = daughter of Baltrus). It is believed that all three suffixes — which are no longer used — corresponded to the -aite, -yte, -ute, and -ute suffixes used by unmarried Lithuanian women today (e.g., Radvilaite = daughter of Radvilas).

Unfortunately, after the introduction in Lithuania of Church Slavonic as the official state language, patronymic suffixes of Slavic origin began to be introduced as well. They influenced all walks of life, particularly the way official documents were recorded. It had a most devastating effect on Lithuanian names. Nowhere was this more evident than in the formation and development of women’s surnames. In the beginning, Slavic suffixes began to be used alongside the Lithuanian ones, but eventually, they began to supplant the latter.

It would be safe to say that the general population favored the Lithuanian suffixes over the Slavic ones. But since all official documents were written in a Slavic language by scribes who most likely did not understand Lithuanian, names were being recorded in various Slavic forms.

During the 17th century one can see great discrepancies in the way women are named, although some practices, such as their listing as only daughters or widows rather than by their own names, continued. And, as during the previous century, the custom by married women of using their father’s name next to their own in preference to their husband’s, continued as well. This only shows that the use of surnames among women had not yet stabilized.

At this time a new Lithuanian suffix, -uviene, appeared for married women. This suffix was usually added to names that ended in -us (e.g., Senkuviene = wife of Senkus).

With the introduction of Polish as the official state language, -sk and -ck type suffixes, as well as a number of others of Slavic origin, began to be added to women’s names. The suffixes -owska and -ewska were the most commonly used, but many others, such as -ocka, -orska, -urska, -icka, -ycka, -auska, -acka, -ewna, -inska, -unska, -ianka, -ynska, -ina, and -yna, were also popular. This was the result of the heavy slavization, described in last issue’s article, which followed Lithuania’s union with Poland. Even names that originally had Lithuanian suffixes, were changed by the addition of Slavic ones. There was a tendency to add an -owska, -ewska, or any of the other variants to the end of most women’s names. An increase in the use of Slavic suffixes over the Lithuanian ones was significantly noticeable among the polonized Lithuanian nobility and landed gentry. Although in some regions, particularly Žemaitija, Lithuanian suffixes tended to predominate (perhaps official scribes and secretaries in those regions understood the Lithuanian language, which was an exception rather than a common occurrence).

By the middle of the 18th century the development — and in many cases corruption — of women’s surnames, as well as men’s, was complete. Every woman had a baptism name, and a family name created from either her father’s or husband’s name. Most of these surnames ended in -owa, -owna, -owska, -ewska, or one of the other Slavic suffixes. Others, particularly those among the peasantry, carried Lithuanian endings.

During the 18th and 19th centuries, despite heavy polonization and russification pressures, many Lithuanians managed to preserve the original forms of their surnames, particularly in daily life. But unfortunately, few written records and documents exist where this can be studied. Those in charge of recording names were not concerned with preserving the roots or national character of those names. They were more interested in eradicating them.

“This series of articles is based on the research and studies od Dr. Vitalija Maciejauskiene, a linguist and espert on Lithuanian names. She is the author of dozens of articles about the origin and develoment of Lithuanian names, and the co-author of the “Dictionary of Lithuanian Surnames”. Dr Marciejauskiene has studied thousands of pages of old documents, some going as far back as the 13th century, and has compliled a list of over 110,000 Lithuanian surnames. Her research has given new insight and answered many questions about the problem of when and how Lithuanian surmanes originated and developed”.