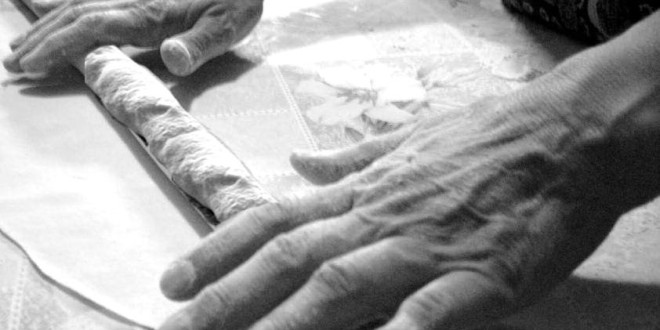 This recipe is not my family’s recipe because there is no set recipe, just a general set of guidelines for how to make these wonderful little pillows. My grandma says that varš kėčiai (or selnėkai) are all about the texture. The dough cannot be grainy or dry, but it also cannot be too sticky. The perfect dough is slightly firm, but springy. As for the taste, well, they honestly don’t really have any. They, like gnocchi, are meant to let the sauce shine. And our sauce is terrible for you.

In order to make our special sauce which accompanies varškėčiai, you need a whole tub of sour cream and two or three whole sticks of butter. You put both in a saucepan, stirring occasionally until everything is melted. Then you pour it over the varškėčiai while still hot and you’re done. Our sauce (which we put on a lot of things) is just butter and sour cream melted together. How my family manages to avoid obesity is a mystery to all of us. I always marveled at the fact that this is the only dish I can think of (besides the ones we eat at Kūčios) that doesn’t involve bacon in some way. I have some theories: 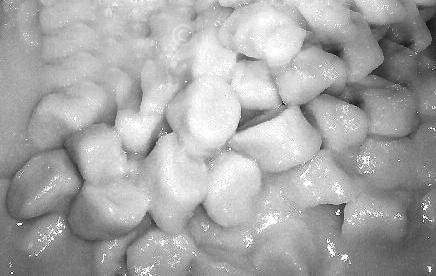 I’m pretty sure it’s number three. The way I have been raised, Lithuanian and Catholicism are one and the same thing. I grew up thinking that all Lithuanians were deeply religious and that Catholicism was one of the main principles that shaped the country. Although that is fairly accurate, I now realize that I grew up in a community that was all about preserving the Lithuania my grandparents knew. I grew up in a community where communism could not oppress Catholicism and thus it flourished. But in Lithuania, that isn’t anywhere near the reality. In Lithuania, Catholicism had to grow in concrete and barbed wire, under heavy boots and rifles. It had to grow in dank underground caverns and dangerous books. In constant fear and oppression. But grow it did, if only little by little.

There is a hill in Lithuania that is completely covered in crosses. People have been leaving crosses on this hill since the late 1800’s in order to remember fallen brothers whose bodies were never found. It was never a big deal until the Soviets came along. They bulldozed that hill at least three times. And what happened after the place was leveled? Within days the hill would be covered in even more crosses. The people used this as a sign to the Soviets that they were still there and true to their faith and country. If only in secret. 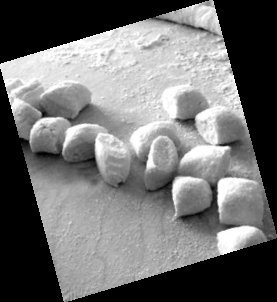 My great great-uncle was a Catholic bishop in Lithuania, and he died defending his faith. I have seen his face only in museums and books. But he was a minority. Many abandoned their faith to avoid torture or death. My uncle died for no reason. He did not inspire a great uprising, or become a saint. He died and was forgotten. That is until Lithuania was free again. When Catholicism was free again. The people sang of his faith, and his name has become familiar to many, but he died alone.

I’m considering becoming a rebel and trying them with bacon. But then I would have to make them, and they are incredibly time consuming. When I grew up enough to help my grandmain the kitchen I saw how much labor went into each and every little perfect bite, and I developed a great appreciation for my grandma and the varškėčiai. After having worked so hard on them each bite was sweeter and more delicious. The work and struggle make them better, stronger. Like a faith grown among weeds.