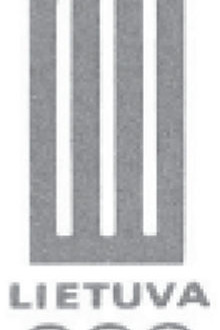 Four for Four in ‘04?: the Lithuanian National Basketball Team Makes Its Fourth Olympics Appearance This August in Athens, and Expectations Have Never Been Higher. We Introduce the Powerful Squad Which Could Garner Our Fourth Straight Medal

July 15, 2004 Sports Comments Off on Four for Four in ‘04?: the Lithuanian National Basketball Team Makes Its Fourth Olympics Appearance This August in Athens, and Expectations Have Never Been Higher. We Introduce the Powerful Squad Which Could Garner Our Fourth Straight Medal 2,258 Views

The Lithuanian national basketball team makes its fourth Olympics appearance this August in Athens, and expectations have never been higher. We introduce the powerful squad which could garner our fourth straight medal.

RINGE SPORTS LIKE SYNCHRONIZED SWIMMING can come or go, but the showcase event of the quadrennial summer Olympic Games is men’s basketball. And thanks partly to the media scrutiny, Lithuania’s national team has forged a worldwide reputation in post-USSR years. Their Olympic trail has led from Barcelona in 1992 to Atlanta to Sydney heretofore, with a win in the bronze medal game at each stop.

That seems like a very orderly progression looking back today, but in the making it had been anything but predictable. There was only guarded optimism for the 1992 debut, with a team organized by National Basketball Association veteran Šarūnas Marčiulionis. Beside him were European pros Rimas Kurtinaitis and Arvydas Sabonis, later an NBA player himself. All three stars returned in 1996, which should have been reassuring. But underneath the enthusiasm many held, there were nagging doubts going in because of the trio’s age and health. Both squads would barely squeeze by their bronze game opponent.

Sydney 2000 demonstrated the old “darkest before dawn” adage. With Marčiulionis and Kurtinaitis retired, Sabonis and seasoned veterans Artūras Karnišovas and Virginijus Praskevičius were expected to lead. Medical problems, however, forced each of them out well before the opening ceremonies. Which left the team in the uneasy position of depending on four new starters, only one with Olympics experience. But after a slow start in an opening loss to Italy, everything came together like never before with the younger players. Lithuania bowed to the prohibitively favored U.S. team in the preliminary round, and then in the semifinals only when a last second shot missed; they totally destroyed everyone else they faced, including Australia for the bronze.

Deploying a lot of what were originally judged immature fill-ins on the front line in 2000 was a stressful move. But it ultimately emphasized the incredible depth of the little country’s talent pool. Three other dangerous teams in the tournament lost one or two top players to injuries and folded; Lithuania lost three and kept going. And letting the youthful lesser-knowns run the floor had a definite long-term advantage too: on the eve of another Olympics date it has us admiring a proven cast which, despite the passage of four years, is only now largely coming into its prime. Recalling the many tense pretournament moments gone by – and of course Lithuania’s first European championship in sixty four years in 2003 – this has a particularly heartening effect.

The reader will have the advantage of hindsight on us here as we dissect the 2004 squad; we go to press before August 8th, when they pick the twelve roster players from two dozen finalists. But that’s no large deal, since most of the key personnel will be the familiar 2000 returnees. We concentrate on the probable key people in what follows, within position. Data in parentheses following the player name are his age and country in which he currently plays professionally.

Where’s Žydrūnas Ilgauskas? Ohio or Lithuania maybe, but don’t look for him in Athens. Although he’s one of the NBA’s better centers with the Cleveland Cavaliers, Žydrūnas has a long medical history of foot injuries. Banging around off the Cleveland job, consequently, is discouraged. So the national team makes do with lesser, non-NBA talent. That’s a concern if not a problem, since eight of the other eleven Olympic squads have centers with NBA experience. Fortunately, with all the firepower the Lithuanians have at the other positions they don’t require much scoring from the center; defensive and rebounding contributions should do fine.

The team will probably carry two centers, as in the past. 7’2” Eurelijus Žukauskas (30, Russia) and 6’10” Robertas Javtokas (24, Lithuania) are likely to be the two, Žukauskas starting. Eurelijus has never really lived up to the potential his drafting by the NBA in 1995 would suggest. He was mediocre in 2000 as a reserve. Hopefully he can step that up here, as he did at the 2003 Euros. Javtokas, new to the Olympics, is an All Star in Lithuania’s LKL (Lithuanian Basketball League). Like Žukauskas before him, Robertas was NBA-drafted in 2001 and nothing’s come of it to date. He’s had problems both offensively and personally. But perhaps more to the point, he rebounds and defends well.

Owing to the pair’s modest abilities, a third center may emerge. But unless Ilgauskas has a change of heart, it’s hard to see anyone being equal to the challenge. 6’10” Kšištofas Lavrinovičius (25, Russia) backed up Žukauskas unremarkably in 2003. 6’9½” Marijonas Petravičius (25, Belgium) regrettably matches a center’s repertoire with a forward’s height, functioning passably in either slot.

The situation here looks as solid as in early 2000 before the established people started calling in sick. 6’9” Darius Songaila (26, USA) is the best known player on today’s team from his work with the NBA’s Sacramento Kings last season. But that won’t necessarily reflect in tournament statistics. While shooting is his strong suit as a power forward, the Lithuanians have others who are even more accurate and have greater range. Where the team has been shorter on help is with the less glamorous labor around the basket, and Songaila was always happy to oblige in 2003 and Sydney. Ideally his newfound status as the team’s lone NBA big shot won’t undermine his attitude now. 6’7½” Saulius Štombergas (30, Russia) on the whole is an excellent complement to Songaila at the other starting spot. Like all pure small forwards, Saulius has a basically onedimensional game; if he’s not shooting well he’s not contributing much. But the veteran captain of Lithuania’s Euro champs can score a lot of points when he’s on. He was an 2003 All Tournament selection on the strength of big games against France in the semifinals and Germany. Previously he had gotten hot just in time for the medal round of the 2000 Olympics, and was high scorer in the bronze medal victory.

6’8” Mindaugas Žukauskas (28, Italy, no relation to Eurelijus) is the most likely candidate to spell Darius and Saulius. He’s improved since the days he served as an alternate for the twelve man roster in 2000. Who fills perhaps two more openings will be determined by an eight week series of exhibition games across Europe this summer. Applicants include 6’5” Dainius Salenga (27, Lithuania), 6’5” Simonas Serapinas (22, Lithuania), 6’7” Linas Kleiza (19, USA college), and 6’9” Virginijus Praške-vičius (30, Israel). Praškevi-čius’ athletic stock has dropp-ed since he skipped the 2000 Games, but he’s still got size and a pretty good all around game. Kleiza dazzled as a Missouri freshman starter last season, until injuring his shoulder partway through. LKL fan favorite Salenga had little opportunity to entertain as an 2003 Euros reserve.

Even with some premier players staying home because of the threat of terrorism, the favored US team is likely to field the best of everything. Best of the rest at guard, however, should be Lithuania with 6’4” Šarū- nas Jasikevičius (28, Israel) and 6’4” Arvydas Macijauskas (24, Spain). Defense isn’t a hallmark of European ball, but beyond that Šarūnas is one of its most complete and consistent players. An All Tournament pick in both the 2003 Euros and the 2000 Olympics, he’ll run the offense at point guard and score twenty points on any given night. Macijauskas at age twenty missed the cut for Sydney. Since then he’s been building an eye-popping fact sheet: first a couple of seasons as the LKL’s #1 player, then a move west to the serious money in Spain, then a stint as national team high scorer at the 2003 Euros. The NBA’s Chicago Bulls can help him add a great flourish this July if, as expected, they sign him to a multi-year contract. They could be buying themselves the best shooter on the entire Continent.

Close behind them is 6’5” Ramūnas Šiškauskas (25, Lithuania), one of the most popular athletes in the LKL today based on his flashy, high-scoring style. Whenever Šarūnas or Arvydas falter in Athens, Ramūnas will be there to pick up the offense. He was second to Macijauskas in scoring at the 2003 Euros and a surprise starter in Sydney. We may see him at forward now too, where his quickness and jumping ability compensate for a relative lack of height.

Further down the bench should be several of these: 6’4” Rimantas Kaukėnas (27, Germany), 6’3” Donatas Slanina (27, Spain), 6’4” Vidas Ginevičius (26, Lithuania), 6’3” Giedrius Gustas (24, Lithuania), and 6’6” Simas Jasaitis (22, Lithuania). Each of the quintet is a past or present LKL All Star. Kaukėnas was one of the most successful US college imports for Seton Hall before bouncing around Europe after graduation. Slanina, and Gustas were bit players on the 2003 squad.

Antanas Sireika coaches the team after assisting until 2003. He’ll be using the same tactics as his Olympics predecessors, capitalizing on Lithuania’s exceptional depth by working more players into the games and wearing opponents down physically. What he won’t be reusing from 2000 is the coaches’ approach to player psychology. Whereas the aim in 2000 was to bolster a young squad’s self-esteem, the object here is to prevent overconfidence.

Considering the team’s more recent success this toning down might prove challenging. The Lithuanians under Sireika breezed through the 2003 Euros undefeated, picking up their qualifying ticket to Athens in the process. They dominated to such a degree that back home their fans were erecting celebratory grandstands before the gold medal game had even been played. And as most European fans and players alike know, the ensuing Olympics typically boils down to the USA and Euros squads; only one outsider has medalled since 1964, Cuba sneaking in to take the 1972 bronze. All in all, 2004 medal prospects not only look good for Lithuania, but for a coaching staff trying to maintain competitive focus, they almost look too good.

Somewhere in the course of Lithuanian preparation, then, the subject of a 2001 game with Latvia is bound to be raised. This would be the fiasco in the European Championship quarterfinals which pitted the heavily favored Lithuanians against their nearest Baltic neighbors. The double digit loss – with largely the same crew as today – cost us a taken-forgranted berth in the 2002 World Games. Now Sireika will probably wait until after an extremely blah practice, then maybe slam a few doors, and kick a loose sneaker clear across the locker room. And when silence reigns, he’ll ask those assembled whether we’re going to embarrass ourselves like that again.

Hopefully not, with full concentration on a field in which even the non-US teams average two NBA veterans apiece. And while it would be presumptuous to have Lithuanian carpenters knocking together grandstands as the games begin in Athens, it might be reasonable to have workmen leave the weekend of the medal round open.