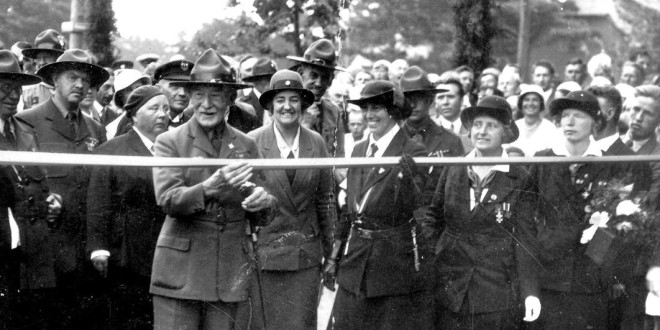 Lord Baden Powell cuts a ribbon, opening a street named in his honor, in Palanga, Lithuania, on August 17, 1933. The event was organized by the mayor of Palanga, Dr. Jonas Šliūpas (left).

Lithuanian Scouting celebrated its 95th Anniversary in 2013. Lord Robert BadenPowell founded scouting to teach leadership and citizenship skills to inner city youth, by “playing games with a purpose.” His wife Lady Olave Baden-Powell mentored the world-wide Girl Guide (Girl Scout) movement. The first scout camp was held in 1907 on Brownsea Island. The following year, the book Scouting for Boys was published. Scouting quickly became the world’s largest youth movement. Scout activities emphasize camping, conservation, and nature exploration with the ideals of service to God, nation, and neighbor. A scout’s motto is “Be prepared!”

I n 1918, the American-born Lithuanian Petras Jurgėla established the first Lithuanian scout troop in Vilnius. Sea Scouts were formed in Kaunas, spreading to Klaipėda (located on the Curonian Lagoon and Baltic Sea) in 1923 when it was annexed to Lithuania. Scouts from Kaunas sailed to Klaipėda, while others canoed annually down Lithuania’s rivers to the Baltic Sea. Scouts had bicycle and equestrian units as well. In 1924, a scout fraternity/sorority was formed at Vytautas Magnus University. The first camp was held in 1926 in the pine forests of Palanga, near the sandy Lithuanian sea shore. President Aleksandras Stulginskis served as the Honorary Chief Scout. He accepted the role, only after taking the scout oath. 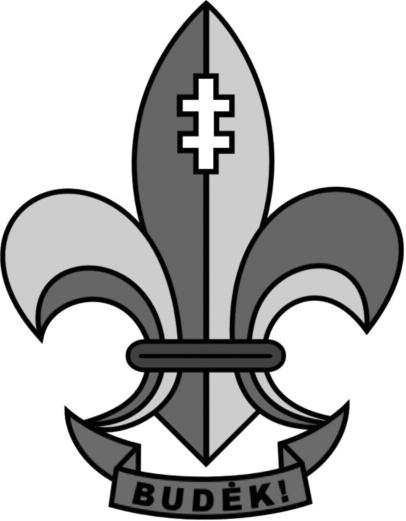 In 1933, Lithuanian scouts held a Jamboree (international camp) to celebrate their 15 Anniversary. The guests of honor were Lord and Lady Baden Powell, together with 650 English scouts. The same year, the Sea Scout sailboat “Budys” (Be prepared!) floundered during a storm in Klaipėda harbor. Three young souls drowned.

An enthusiastic Air Scout movement was initiated after the 1933 tragic crash of Lituanica and deaths of its heroic pilots, Stasys Darius and Steponas Girėnas.

Rumors of approaching war spurred scouts to focus on first aid, bunkers and overall self-defense. After the 1940 Soviet occupation of Lithuania, scouting was banned; countless scouts were deported to Siberia, others joined the Lithuanian Partisans. Those who could, escaped to the West. Nearly two percent of the Lithuanian population or 60,000 youth had participated in the scout movement before the war..

Lithuanian refugees to the West reestablished scouting in 1945 in Germany. As Lithuanians emigrated to the United States, Canada, England, Australia, Venezuela, Argentina, Brazil and elsewhere, they brought Lithuanian scouting with them. Scouts began to promoting Lithuanian cultural values alongside scouting skills such as camping, boating, pioneering, hiking, orienteering and the like.

In Lithuania, camps are held at various national parks. Scout leaders arrive a week before camp to prepare the campgrounds and stay a week afterwards to break down the camp. Scouts of Lithuania are actively seeking a large, permanent camp site in central Lithuanian location so that it may hold annual “Scouting for nonscouts” camps to introduce scouting to a larger circle of youth.

Last year, when Lithuanian scouts celebrated their 95th Anniversary, two main events were held. In July, all Lithuanian Scout groups held a joint jamboree for the first time ever. The Žemaitija regional park on the shores of Lake Mąstis near Telšiai welcomed nearly 2000 scouts from Lithuania and foreign guests – Austrians, French, Azerbaijanis, Ukrainians, Danes, Costa Ricans, English and Lithuanian scouts from England, the United States (from Chicago), and Australia. At first, the Lithuanians from abroad were received as guest scouts, but were quickly warmly welcomed as fellow Lithuanian Scouts. The United States Consul General to Lithuania visited the Jamboree and the Chicago scouts with a group of Boy Scouts of America members, all children of embassy personnel. The Sea Scouts attempted to canoe to the Baltic Sea from their camp, recreating a pre-war trek. The river Šventoji was at extremely low levels, and required more portaging than canoeing. The Sea Rover Scouts sailed with the Lithuanian Coast Guard to commemorate the “Budys” disaster.

The second event was the August Jamboree in the United States, near Cleveland, Ohio. A patrol of scouts from Lithuania arrived furthering bonds of friendship between homeland and émigré scouts. Camping, hiking, canoeing, rappelling, motor-boating, swimming, shooting sports, bicycling, and golfing were just some of the activities the scouts enjoyed. “Venturers” and the Lithuanian contingent visited the Rock ‘n Roll Hall of Fame. 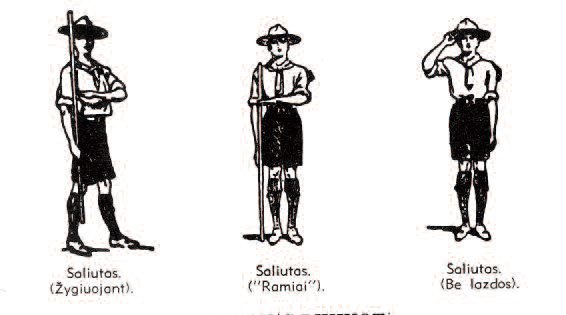 The concluding anniversary event will be an historic display at the Lithuanian Embassy on 14 March, in conjunction with Restoration of Lithuanian Independence Day. Lithuanian scouting is busy preparing for its 100th Anniversary in 2018. Two jamborees will be held, one in Lithuania and one in North America.

Previous Children Need Education and Love: Fifteen Years of the Child’s Gate to Learning
Next Between Giants