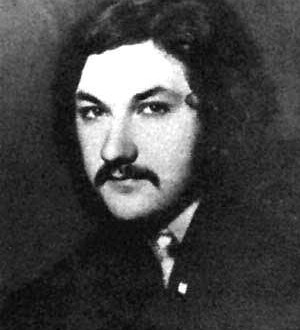 Liberty, a flame and oxygen

May 14, 1972.Word spreads through Kaunas that a young man set himself on fire in a city park. Why? No one knows. But soon we connect the dots. His motives appear to be similar to Jan Palach’s, a young historian who set himself a light in Prague three years earlier. It was for freedom. Freedom at any cost…

May 15, morning. The Kaunas city park is quiet and empty. There is no sign that anything happened here the day before. There is just a great disappointment that a youth killed himself in vain, because we have allowed ourselves to become blind and deaf. I glance over to the bookstore windows, but no title catches my eye. I leave for Vilnius.

A few days go by, all of them drifting, and behold, like a bolt out of the blue – something is happening in Kaunas. Kaunas is seething… I don’t remember how I got there, but I found myself at the end of Liberty Avenue – Kaunas’s main drag in a crowd that’s unrecognizable, electrified, somber yet energized. A militia cordon blocks our path, but, oddly enough those who want to get to Liberty Avenue, or, as they say in Kaunas “to freedom” are free to go.

“Why aren’t you going?” I ask the first person I see. He mumbles: “Go, see for yourself.” I resolve to go. I need to see everything and experience everything, like that Irish journalist in Ulster who traveled to hell so he could be a witness and not only to see the violence, but be a victim of it.

Liberty Avenue is empty. Only a line of soldiers is visible. For the first time in my life I see Soviet soldiers in helmets, with weapons, fully equipped. Their helmets conceal their features, and their poised Kalashnikovs don’t look like toys. I don’t have a chance to do anything. But apparently the look on my face is enough of a provocation for them to grab me,twist my arm behind my back, and shove me into a back courtyard. This is the designated place of “execution” – detainees are lined up and in every way provoked – they are bullied, cursed at, humiliated. If you show any hint of opposition, out come the bananas made from pieces of cut wire with a heavy metal filling that could easily break through a skull. The handle is carefully wrapped in insulation to avoid slipping on impact. One such soldier came up to me – lightning bolts crossed between us like switchblades. “I’ll hit back” flashes in my brain, but it’s all over in a fraction of a second. He retreats.

I recall a Kaunas street urchin. He is maybe 13 years old, with curly hair. He’s sucking his finger which appears to be hurt. An annoyed soldier asks, “What are doing to your finger?” “I burnt it.” This reminder of a flame is enough – out comes the swinging banana. A strong burly fellow steps up “Why are you beating kids, hit me instead!” And he gets it hard, but he refuses to fall and weathers the blow.

The rest is a fog. We stand in the stuffy, dark and endlessly long corridors of the KGB building. They are filled with arrested youths … “Stojat! Get away from the walls, you Lithuanian scum.” And non-stop profanity… I remember that for three years I could not tolerate people with uniform buttons. If one sat next to me, I would have to move to another location…

The government then follows its script to the letter. First articles appear in the press, more precisely – just a few hidden scurrilous lines stating that Romas Kalanta was mentally ill. They were signed by prominent psychiatrists, specialists in “criminal psychiatry,” a discipline invented by the Soviet system. A few hours before the funeral is to begin, the police take Romas Kalanta’s coffin from his relatives and, despite their protests, have it buried, not allowing anyone near the grave. The funeral crowd, aware that they have been deceived and that the funeral has already taken place, march from the district of Vilijampolė to the Kaunas city center.

Young people, hippy-types, Romas’ friends lead the group holding hands. The individuals coalesce into one body, a single vital organism, as it moves along Liberty Avenue. Chanting “Freedom for Lithuania!” they advance unstoppable as if riding a tidal wave until they reach the city park where Romas’ sacrifice is commemorated. As one now looks at the photographs then surreptitiously taken by the KGB stoolies one sees young, beautiful, inspired faces. They remain so preserved in the annals of Kaunas, a city where every gathering of people – be it a boxing match or other sporting event, and having nothing to do with politics – converts from a crowd into one spiritual body that always ends up demanding: “Freedom for Lithuania, Freedom for Lithuania!!!”

And then night receded and the heavens opened up, and the flames of freedom lapped at our souls. Those, who drew a breadth of freedom, and fanned its flames with hope, will always cherish freedom and defend it.