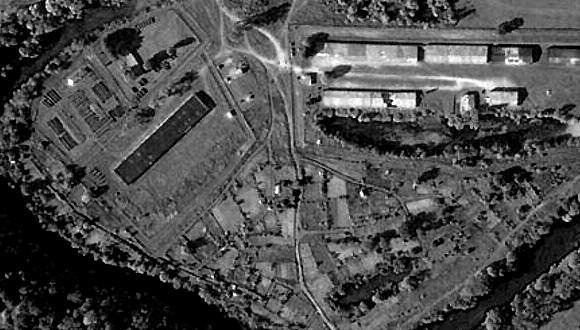 Russian military base in Kaliningrad.

Sometimes history can’t be put to bed even though agreements to end wars have been concluded, boundary lines drawn by victors, promises made …whether it’s intentional or not, things in time get either forgotten or swept under the rug as if they weren’t there. Such is the story of the northern part of former East Prussia (now known as the Kaliningrad exclave) that was entrusted for temporary administration to the Soviet Union by its Western Allies at the 1945 Potsdam conference. Since then, in spite of the agreement to settle the fate of the Kaliningrad region at a future peace conference, the Soviet Union annexed the territory unilaterally and established there a threatening military base.

This is the second part of Dr. Bačkaitis’ essay. The first part, published in the July 2015 issue of Draugas News, explored the history of Kaliningrad. Here, Dr. Backaitis addresses the threat that Kaliningrad poses to Lithuania and the West and what can be done to diffuse the dangerous situation.

The Soviet Union disintegrated in 1990. Its satellite States in Central Europe and the Baltics became free and independent. Vladimir Putin, upon becoming president of the Russian Federation (RF) in 2000, initiated aggressive steps to restore Russia to the USSR territorial boundaries as of the end of WWII. He used military force to occupy parts of Georgia, Crimea, eastern part of Ukraine, and seeks to reintegrate the Baltic States into RF, dominate Poland and other bordering Central European countries, and retain the Kaliningrad exclave ostensibly as Russia’s historical territory.

During the last few years, Putin’s Russia Federation (RF), besides military threats, is also conducting deceptive information and economic warfare with most of its EU neighbors, but with particular focus on the Baltic Countries and Poland. Prof. Michael Waller, a U.S. information specialist, suggests that EU’s front-line states should exploit RF’s internal weaknesses to deter its external aggression. He notes that “Moscow has begun a propaganda campaign to partition Lithuania the way it partitioned Ukraine, and to delegitimize the cultural and political existence of the Baltic republic… I urge Lithuania not to wait to be undermined and possibly attacked, but to turn the tables on their current and future aggressor”. Prof. Waller highlights this strategy as follows:

Deterrence of RF’s deceptive propaganda should be a concern not only for Lithuania and the Baltic Countries, but also be broadly supported by the EU. Creative arguments should emphasize that resolution of the Kaliningrad issue would not constitute an abuse of RF’s territorial integrity, but rather correct the unilateral annexation of a territory for which RF has no legitimate right. Lithuania should not try to resolve the issue on its own or only in the framework of Lithuania-Russia bilateral relations. By Lithuania becoming member of the EU, any prior treaties are now also binding on the EU. Accordingly, the agreement between the governments of Lithuania and Russia in 1991, giving Lithuania the right to address and guide Kaliningrad’s economic, social and cultural development, is now also a concern of the EU.

After Kaliningrad’s annexation, Russia began, in late 1990s, an intense militarization of the exclave. Putin’s decree #1144 of September 20, 2010, designated the Kaliningrad as the headquarters of Russia’s Baltic Sea Fleet. A NATO official, writing to Radio Free Europe on condition of anonymity, said that Moscow is stationing tens of thousands of troops, including mechanized army and naval infantry brigades, military aircraft, modern longrange air defense units, hundreds of armored vehicles, and multiple dozens of nuclear missiles in the territory from which it can threaten any nation in the region and blockade access to the Baltic Sea. Inasmuch as access from Russia to Kaliningrad on land is only through Lithuania, it is particularly vulnerable to any artificially provoked transit incident. It should be remembered that just a year ago, Putin used land access to and security of RF’s Sevastopol naval base at the Black sea as the primary reason for occupying Crimea.

Neutralization and demilitarization of the Kaliningrad region would start reducing political tensions and the concentration of military power throughout the entire Baltic Sea region and possibly in all of Eastern and Central Europe. It would show major respect for international law and not resolution of problems through military aggression. According to prof. Arvydas Anušauskas, the European parliament is where multilateral initiatives should be taken to change the status of the Kaliningrad exclave, its demilitarization, and airing of the “forgotten” genocide perpetrated on the region’s civilian population in 1945.

Russia in Kaliningrad on a slippery slope

The Kaliningrad exclave is an isolated and over 200 miles distant island from RF proper. In surveys, the majority of the exclave’s population appears to support autonomy as a free zone within the EU. Evidence that people are not happy with Moscow is provided in May 2015 elections to the local council in Kaliningrad Oblast’s Baltisky district. The ruling United Russia party failed to secure even a single seat. Accordingly, interaction and cooperation of the Kaliningrad population, with those of neighboring Lithuania and Poland, will make over time the exclave’s westernization unavoidable. As Russian born colonists die-off, many of the younger, natively born generations are beginning to explore the region’s past, its ancient monuments and evidence that the area had been inhabited by different and highly cultured people. Furthermore, almost 90 percent of the current Kaliningrad population has never been to any other regions of the RF, but most have visited some of the EU countries. The exclave, compared to its neighbors, is visibly poor and economically backward. Economic analyst Laurinas Kasčiunas, in a September 2014 Lithuanian TV forum, remarked, that in view of such contrasts, a progressive breakaway from a distant and economically ailing RF is inevitable.

In competition with Poland and Russia for this territory’s political and structural direction, Lithuania is in the weakest position. However, it is neither in the interest of the exclave’s government nor its population to be dictated and controlled by the big contenders and particularly, chauvinistic Poland. Lithuania, by its visible economic and cultural vitality as well as its friendly neighborly attitude, provides the exclave the best model for staying independent and becoming the fourth Baltic State. A solution along this line may also help reverse other “Russia empire restoration” quests, such as in Moldova, Georgia, Eastern Ukraine and even Crimea. However, with Putin being in power and his aim to restore Russia to its past glories, the path to observance of international law and peaceful resolution of disagreements may be long.

Previous Birding the Wetlands of Kaunas
Next Mission: Siberia 15