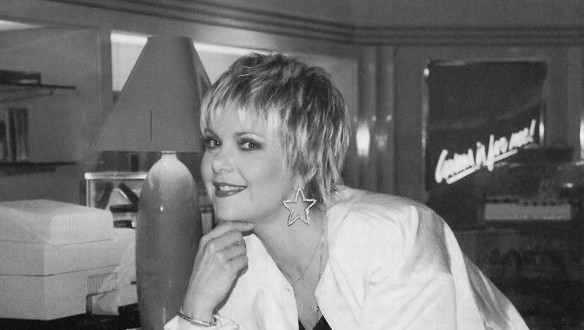 The Lithuanian Experience: Hurray for Hollywood: Lithuanians On the Silver Screen

May 15, 1997 Art Comments Off on The Lithuanian Experience: Hurray for Hollywood: Lithuanians On the Silver Screen 3,642 Views

A MOVIE IS IN TROUBLE IF THE FINAL CREDITS are as interesting as the picture. But study the closer on Disney’s blockbuster “The Lion King”. In the five long minutes it runs, you will acquire a sense of where today’s $80 million budgets are coming from. And you will see, among the thousand or so writers, animators, and sound technicians, several Lithuanian names. You might think, gee, Lithuanians in Hollywood. So far from our ethnic strongholds in Chicago, Boston, and New York. How quaint. Not at all. From its earliest days, Lithuanians have influenced California filmmaking. The Hollywood industry was built by Jews in the early 1900s, and a surprising number of prominent Jews in entertainment trace, their origins through pre-communist, religiously tolerant Lithuania. And beyond the Lithuanian Jews are some Lithuanians by blood who have had a significant impact.

The undisputed star of our cast is British actor/ director Sir John Gielgud (Gelgaudas). He is a descendant of Lithuanian nobility on his father’s side and a relative of English stage legend Ellen Terry on his mother’s. It was his own stage work as a Shakespearean actor, however, that earned him a knighthood in 1953. He is generally acknowledged as his generation’s foremost dramatic artist after Sir Laurence Olivier.

Anyone would be proud to claim Sir John’s accomplishments outside of his Shakespearean specialty. With directing experience dating back to the 1930s, he won American theatre’s Tony Award in 1961 for directing “Big Fish, Little Fish.” He won the 1982 supporting actor Oscar for portraying Hobson, Dudley Moore’s memorable butler/surrogate father in the film “Arthur.” And to complete a rare drama triple, he won an Emmy Award for lead actor in the television production “Summer’s Lease” in 1991 after four unsuccessful nominations. Sir John has also written four well-received books about his acting experiences, which span the twenties through the nineties and over sixty films including the 1964 Oscar-nominated “Becket.”

Actress/singer Ann Jillian (Jurate Nausedaite) has spent virtually her entire life in show business, debuting at a Lithuanian social function in her native Boston at age four. The music stopped, as she recalls, but she kept singing. Her sense of teamwork may have been off, but her immigrant parents were impressed. They moved to southern California a year later to allow her to develop her talents and make professional contacts. The first of these led to a film part in Disney’s “Babes In Toyland” (1961). She was ten. A feature role followed in “Gypsy” (1962). Among TV guest appearances as a child, perhaps her most memorable role was in the landmark science fiction series “The Twilight Zone” in 1963. She gave a sharp portrayal of a pretty little blonde with a severe case of “new kid on the block” anxiety.

No one recalling the Twilight Zone spot was surprised when Ann became a household name in 1980 as a regular in the situation comedy “It’s a Living.” She “lit up the show” as a chic L.A. restaurant waitress, as one critic put it. She’s gone on from there to made-for-TV movies, gathering Emmy Award nominations for “Mae West” (1982), “Ellis Island” (1984), and a self-portrayal in “The Ann Jillian Story” (1988). Which isn’t as selfserving as it sounds, focusing on her triumph over breast cancer. Ann continues to emphasize the importance of early detection as spokesperson against the disease.

A movie loses money if its director isn’t equally artistic and detail-minded, a rare combination in people. So it’s a tribute indeed to screen writer/director Robert Zemeckis to have had a nearly uninterrupted series of hits dating back to his debut “I Wanna Hold Your Hand” (1978). He was, at that point, barely five years beyond splicing newsfilm for the local NBC office on college breaks.

“Death Becomes Her” (1992) stopped the string of moneymakers, but he recovered quickly with the $300 million blockbuster “Forrest Gump.” Gump won the Lithuanian American from Chicago his first directing Oscar. Critics, however, favor two earlier films: “Back to the Future” (1985) and “Who Framed Roger Rabbit” (1988). Roger Rabbit broke the ground that films like “Space Jam” walk today, a combined animation/live acting adventure. The science fiction-oriented “Back to the Future” likewise challenged the technical people. Zemeckis and college friend Bob Gale shared credit for its Oscar-nominated script.

With the two ’80s films, descriptions like “creative”, “energetic”, and “funny” began to be consistently applied to Robert’s work. One pre-Gump writer went so far as to call him “maybe a great director in the making”. We’ll see.

Actor Charles Bronson (Bucinskas) met physical challenges before facing Hollywood’s artistic ones. He worked in the mines of his native Pennsylvania as a teenager and fought in the Pacific during World War II. One of fifteen children in a Lithuanian American family, his early Hollywood movie triumphs placed him in a crowd too: “The Magnificent Seven” (1960), “The Great Escape” (1963), and “The Dirty Dozen” (1967).

Like Clint Eastwood, Bronson attained international fame before becoming a U.S. hit. He carried the Sergio Leone Italian western “Once Upon a Time in The West” (1969), outshining both Henry Fonda and Claudia Cardinale. Choices usually come with success, however, and he was either not very good or not very lucky at picking among the projects coming his way after returning from Italy. “The Mechanic” (1972) and “Mr. Majestyk” (1974) are typical — low budget, mediocre quality and box office results. But then this is the artist who, in 1964, had declined the Leone role of The Man W ith No Name that established Eastwood in three productions.

Writers usually deemed Bronson’s work competent. He certainly was that over a fairly limited range. However, it’s faint praise for someone making $2.5 million a picture, as Bronson was in his prime in the mid ’70s. But forever after 1972, writers could accurately note that he was voted “most popular actor in the world” that year. And that’s quite a flattering fact.

The file on actress Ruta Lee (Ruta Kilmonyte) bears many similarities to Ann Jillian’s. Born in Montreal in 1935 and showing dramatic potential by age five, Ruta’s Lithuanian immigrant parents moved to Hollywood in 1948. While still a college drama major, she gathered movie credits in the musicals “Seven Brides For Seven Brothers” (1954) and “Funny Face” (1957). Several years and films later, however, she decided to concentrate on a television career. To date, she has over 500 credits, many of the popular sixties and seventies shows included. Her agent at one point called her “the workingest girl I’ve ever seen in this business.”

While less well known nationally than Jillian, Ruta has a large and devoted ethnic following in California. This is probably due to her attention to her roots as much as to her acting successes. Fluent in Lithuanian and a member of the Knights of Lithuania, she also waged an eight year diplomatic battle to obtain the release of her maternal grandmother from soviet-controlled Lithuania in 1964. A second campaign freed a teenaged cousin in the early 1980s.

World War II was in full swing when Hollywood discovered its first Lithuanian American talent from Boston, a nineteen year old stage actress named Ruth Roman. Barely a year beyond secondary education at a prestigious drama school, she broke into films in 1943 with “Stage Door Canteen” and proceeded to star in almost fifty productions. Ruth averaged four films a year between 1948 and 1952 before work started to lag. Oddly, interest in her picked up in 1956 amid the publicity on the sinking of the luxury liner Andrea Doria. She had been a surviving passenger.

Critics were restrained in their praise of her acting, but the carnival worker’s daughter still progressed from her early glamorous mannequin roles to more demanding parts. Watch “The Window” (1949), Alfred Hitchcock’s “Strangers on a Train” (1951), or “The Far Country” (1955) and judge for yourself.

Pull up a chair, too, when any of the two dozen films of Mari Aldon, Kaz Garas, Jack Sernas, or Joanna Shimkus plays on the late show. Shimkus has led the most interesting life of these. Canadian-born in 1945, she modelled in Montreal and Paris before turning to French filmwork. Her first U.S. production teamed her with Sidney Poitier in “The Lost Man” (1969). They’ve been married since 1976, making them one of Hollywood’s more remarkable matches.

Among the many remarkable Jewish entertainers with Lithuanian ties are Lithuanian-born singer/actor AI Jolson and actor Laurence Harvey (Laurynas Skinkis). Jolson, from Seredžius, gained immortality by starring in the first motion picture with sound, 1927’s “The Jazz Singer”. He was billed as “America’s greatest entertainer” in the heyday of Capone, Grange, and Ruth. Harvey, a Joniškis native, is perhaps best remembered for the 1962 political thriller “The Manchurian Candidate”. His international film credits totalled sixty with one Oscar nomination (“Room at the Top”, 1959) when cancer claimed him at age forty-five in 1973.

Other Jews with familial Lithuanian connections include The Three Stooges, actor Ed Asner, screenwriter Rod Serling and comedian/actor Alan King. Moe, Curly, and Shemp Howard, sons of a Lithuanian Jew, formed the backbone of the Stooges, the wellknown comedy group which made over 200 films between 1930 and 1971. Serling created and wrote “The Twilight Zone”, the legendary 1960’s. TV show. Asner won fame and five Emmy nominations for his lead character work in “Lou Grant” and “The Mary Tyler Moore Show” (1970-82). King was a staple comic on the popular “Ed Sullivan” program in the 1950s who later appeared in a handful of movies.

But you especially have to like the background of actor Walter Matthau, star of “The Odd Couple” (1968) and fifty other films. Talk about an odd couple, his poor immigrant parents were a Russian Orthodox priest and a Lithuanian Jewess. Every penny counted with them, so he got his show business start at age eleven in a New York Yiddish theatre. Surely a playwright or TV writer can do something with that.