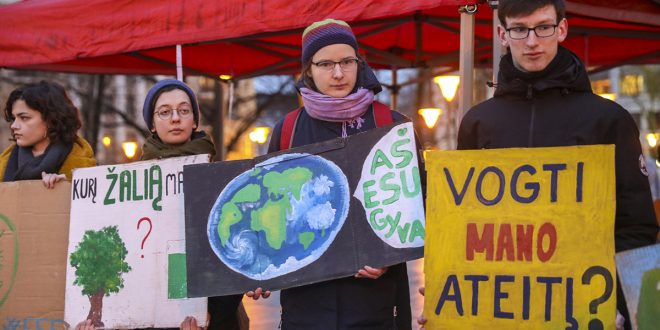 The Warming of Lithuania. How will climate change affect Lithuania?

March 20, 2020 Culture, Environment Comments Off on The Warming of Lithuania. How will climate change affect Lithuania? 1,948 Views

As the earth’s temperature rises, what changes are in store for Lithuania? Scholars from the Lithuanian University of Health Sciences (LUHS), the largest institution of higher education for biomedical sciences in Lithuania, located in Kaunas, are attempting to predict how the lives of future Lithuanians will be affected by climate change.

According to Vidmantas Vaičiulis, a lecturer at LUHS, by the year 2100, the average annual air temperature in Lithuania will rise by at least one and a half degrees. Although seemingly slight, the change will affect Lithuania’s natural populations –  flora and fauna – which adapted to the area’s cold, snowy winters and balmy, verdant summers over millennia.

“The Lithuanian populace is not acclimated to a dry, hot, and sunny climate, which means that we will soon be seeing more cases of skin cancer and cataracts,” says V. Vaičiulis. Increased exposure to ultraviolet radiation will become increasingly dangerous for the Baltic people’s skin and eyes.

“People will be forced to change their lifestyles, limit their time spent in the open air. Healthcare costs will increase,” said Vaičiulis.

Professor Ričardas Radišauskas of LUHS points out that air pollution will increase due to both human activities that advance climate change and the consequences of this change. Prolonged heat waves will create conditions for increased pollution with particulate matter, sulfur and nitrogen oxides, and ozone depletion, which will increase the risk of diseases of the respiratory and circulatory systems. With more heatwaves, residents will exhibit more heart rhythm disorders, unstable blood pressure, and heatstroke.

Dry weather presents a higher risk of forest and meadow fires, whereby many of the health-damaging compounds produced by combustion are released into the air.

“People will be forced to change their lifestyle due to the increased frequency of heatwaves, which means that there will be a need to stay at home more often or look for naturally or artificially ventilated areas,” says prof. Vaičiulis.

Common and exotic diseases will be more dangerous

Experts say that winters will be warmer in the future, leading to earlier and longer-term flu and cold epidemics. Some of these changes are already evident. “While outbreaks of influenza and upper respiratory tract disease used to be a hallmark of early spring, usually starting in late February, we have seen over the last several consecutive years, that flu season now begins in January,” says V. Vaičiulis.

Warm winters also mean that ticks remain active throughout the year, which can lead to outbreaks of tick-borne encephalitis and Lyme disease. Furthermore, Lithuania may become prone to the spread of exotic diseases.

As the flowering time of plants increases, people who are sensitive to pollen will have prolonged allergic reactions. This year, the Center for Health Education and Disease Prevention announced that a significant allergy risk was recorded in January for the first time in the entire observation period.

In the long run, this can be a challenge not only for the public but also for the medical system, which will need to learn how to care for an increasing number of patients with acute health problems.

Citizens will also need to pay more attention to conserving potable water and finding ways to cool down. Air conditioning systems will become an integral part of homes and other spaces. At the same time, building technologies will look for new technologies to reduce energy costs and protect against the adverse effects of the environment.

“In the past, there was a need for heating, now less heating is needed in winter, but we will need to cool our buildings in summer,” said Saulius Vasarevičius, a professor at Vilnius Gediminas Technical University, who is working on developing new technologies to make buildings energy-efficient and carbon neutral.

“Our goal is to create a building that produces as much energy as it needs.  It would get its energy from solar cells in the roof structure and the walls, or from small wind turbines or biogas plants situated in the building,” he said. A new development is the “Chameleon Building,” whose wall colors change according to the weather. Specific colors will produce a cooling effect, while others will help warm the building.

According to S. Vasarevičius, due to extreme weather, infrastructure and cities will increasingly suffer not only from heat waves but also from heavy rains.

“With climate change, there are dry periods and rainy periods, and differences are emerging. Now, in practice, the peaks are increasing, and they are getting stronger: either drought or rain,” he said.

Scientists concur that cities will inevitably have to be redesigned, increasing green spaces that can reduce the effects of heatwaves and pollution, improve air quality, and focus on clean transport and new technologies. 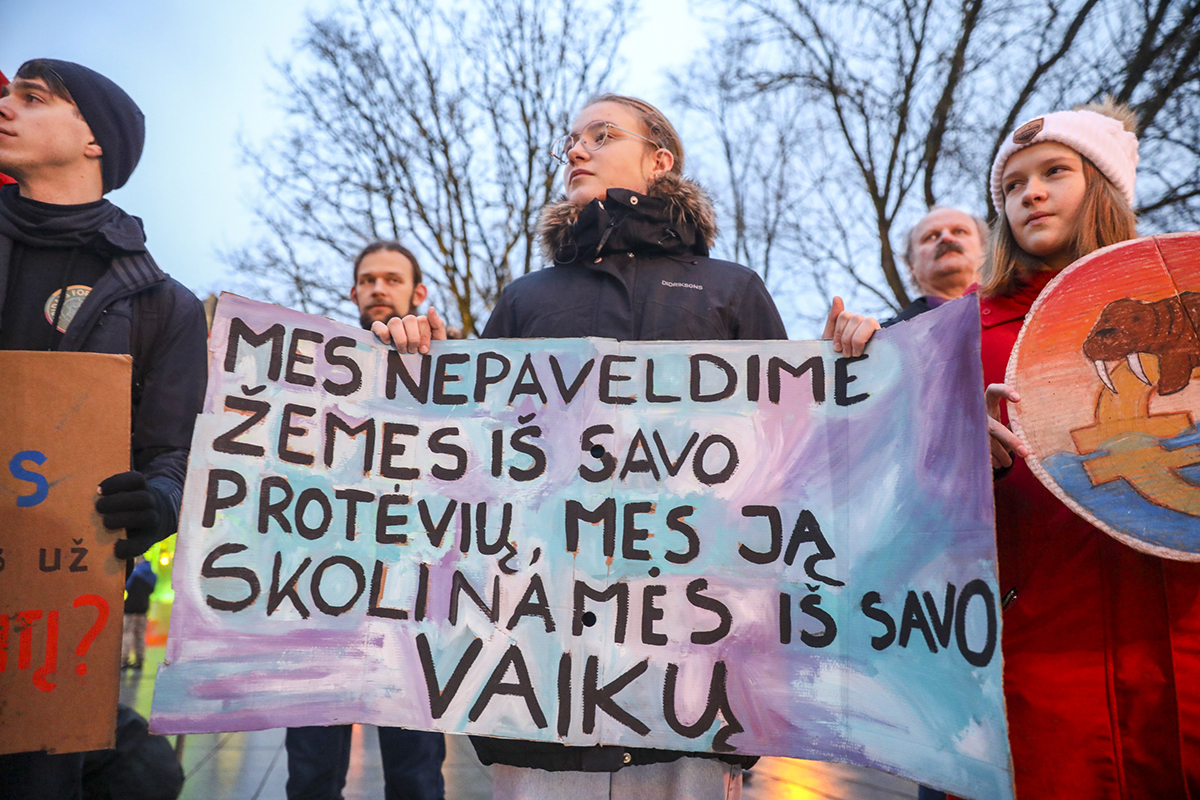 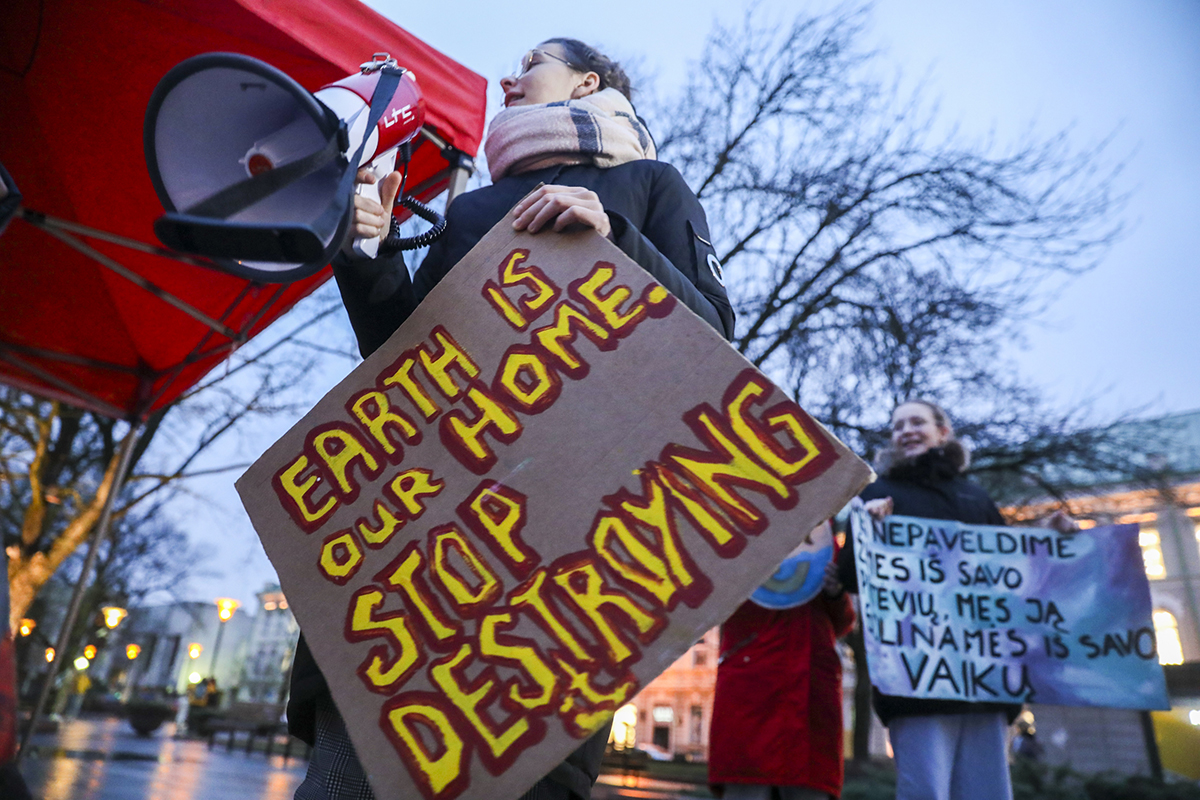 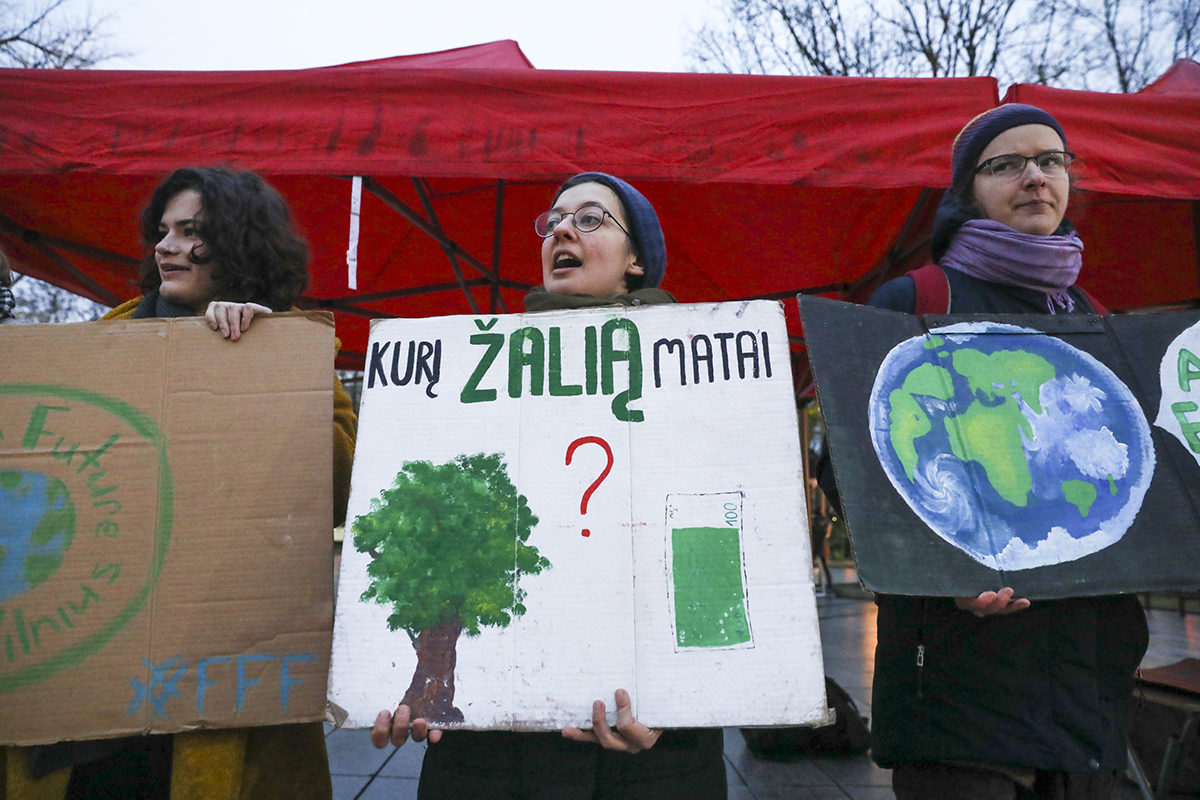