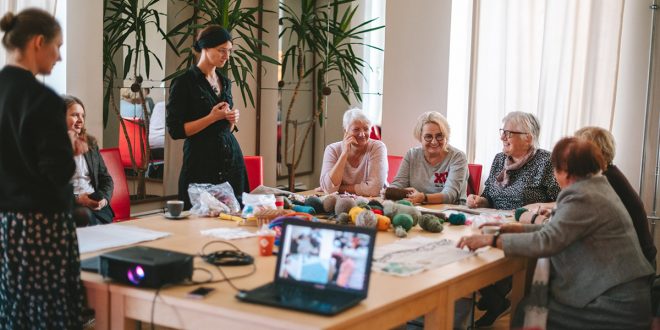 Residents of Lithuania’s second city, Kaunas, have been busy stitching. Over 100 residents responded to an invitation by a local arts group Fluxus Labas! to participate in a global craft project called “25 Million Stitches.” Their artistically stitched panels will soon be traveling to California to take their place among works from around the world.

The project was conceived by Korean-born American artist and activist Jennifer Kim Sohn, to draw attention to the global refugee crisis. Millions of people have been forced to flee their homelands as a consequence of genocide, war, poverty, natural disasters, targeted violence, and other grave threats. The artist’s goal is for volunteers around the world to hand-stitch 25 million stitches: one stitch for each refugee. The stitched panels will then be collected into one exhibit.

How does making 25 million stitches help refugees? Kim Sohn says that this project is a way for us to engage with this global crisis instead of ignoring it. And even though no single stitch can adequately represent an individual, the act of stitching and the resulting work will help bring attention to the scale of the crisis.

This community art project now has over 1,400 participants from 44 states and many countries overseas. Lithuanian stitchers have designed and completed some 60 panels.

Stitching for refugees resounded in our hearts

According to Rasma Noreikytė, one of the organizers of the Lithuanian stitching workshops, over 100 people participated in the project in Lithuania. “I am very pleased with the result. When the project started, I thought that about 20 works would be stitched, and now there are 60, and it’s not over yet,” said R. Noreikytė.

The artist J. K. Sohn was particularly pleased that Lithuania joined into the work. They are already discussing the possibility of bringing the entire exhibit to Kaunas, which has been designated the European Capital of Culture in 2022.

Although the refugee crisis did not affect Lithuania as severely as some other countries, there have been periods in the country’s history when people had to leave their homes and travel to the unknown. These include both the painful events of exile to Siberia and fleeing the Red Army at the end of World War II. Noreikytė noticed that the people who came to the workshops not only sewed but also talked about their own family refugee experiences.  “The project involved a diverse group of people. The youngest was 5 years old, and the oldest was 87. Senior clubs, schools, individuals, and families joined in.” Noreikytė added that it was most interesting to see the Lithuanian motifs expressed in the work.

The Lithuanian panels will be included in the first full installation of 25 Million Stitches at the Verge Center for the Arts, 625 S Street, Sacramento, CA, June 5–August 15, 2020.

If you would like to participate, details can be found online at www.25millionstitches.com. 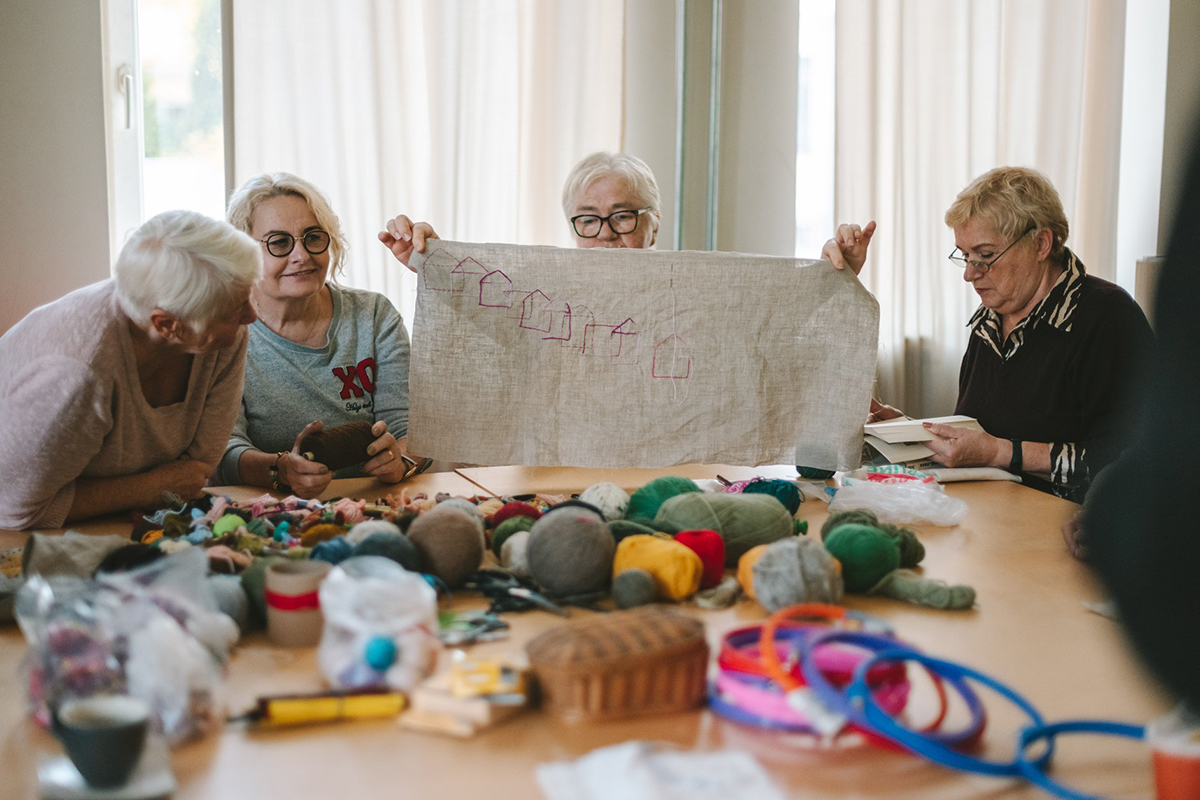 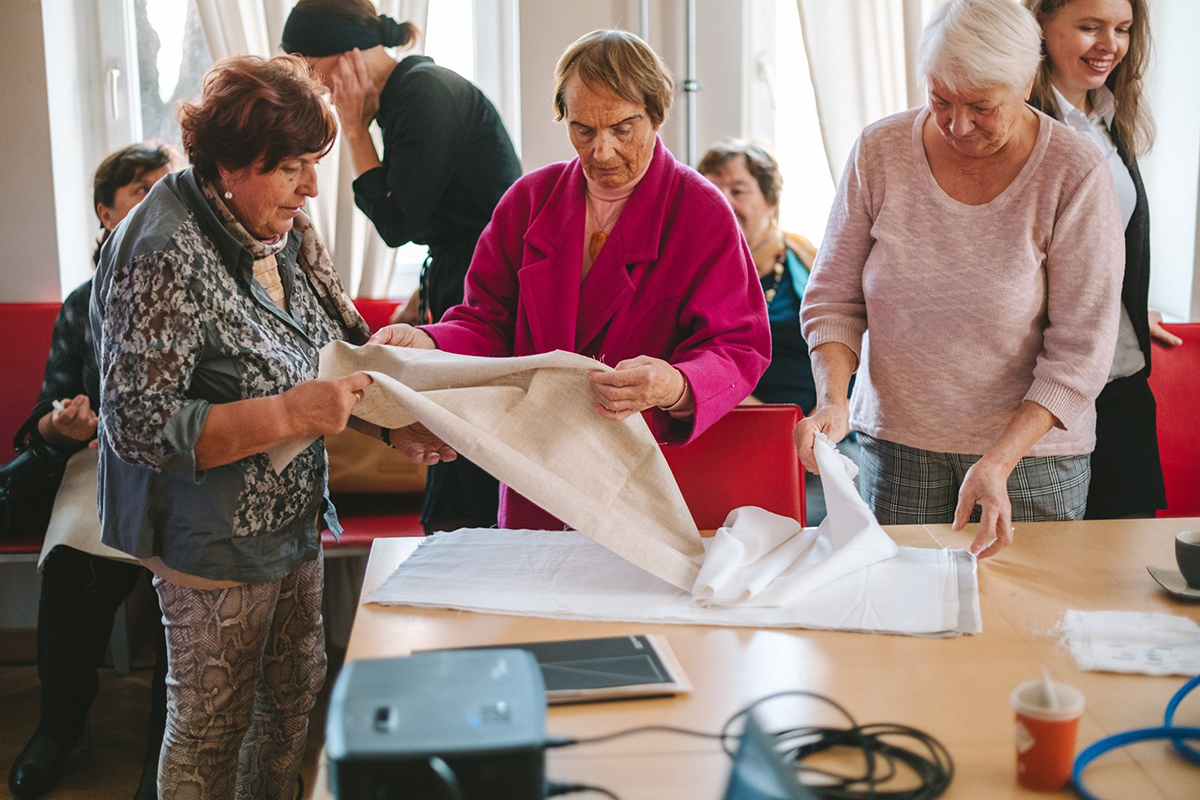 Previous The Warming of Lithuania. How will climate change affect Lithuania?
Next Lithuania’s Children from At-Risk Families, Elderly Suffer from Quarantine