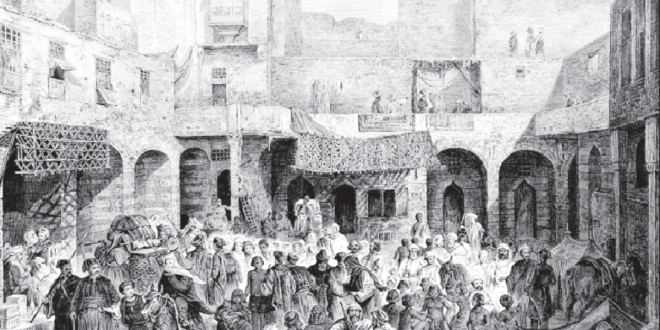 Vagabond of the Grand Duchy of Lithuania: From Harems of Turkish Sultan to Captivity of Balkan Thief

July 15, 2014 History-1900+ Comments Off on Vagabond of the Grand Duchy of Lithuania: From Harems of Turkish Sultan to Captivity of Balkan Thief 2,396 Views

People in the eighteenth-Century Grand Duchy of Lithuania travelled considerably, but the routes of their journeys were very much determined by the estate they belonged to and their social status.

Peasants could only travel within the lands of their seigneur, occasionally visiting relatives owned by neighboring landlords. Petty nobility made trips to local district council meetings.

Higher noblemen would go to the national Seimas (Parliament) meetings and travel throughout the country on estate business or for matters of finance and politics. Many even ventured abroad on diplomat- ic assignments or simply for pleasure. Well-off noble- men sent their sons to Western Europe to study or “see the world.” Clergymen would go on pilgrimages, visit Rome and the Pope. Few journals of such travels have survived.

Many nobles did not go to foreign lands even once in their lifetime, but there were exceptions. Researchers of travel in the Grand Duchy point to one special case—the journal of a noblewoman from the early eighteenth century, Regina Salomėja Ruseckaitė- Pilstyniova (Regina Salomea z Rusiecka Pilsztyn). The author travelled as far as Istanbul, spent some time living there, and afterwards visited a great many places in the Grand Duchy, Poland, and the Ottoman and Habsburg empires. Her impressions, written in a highly readable style, were a joyful discovery for researchers of the Grand Duchy’s history.

Very little is known about the woman, so historians must rely on her own accounts of her life. She wrote that she was born in 1718, in Naugardukas County (Nowogrodek Powiat), in the Grand Duchy of Lithuania. From an early age, Regina Salomėja took interest in shooting and always carried a brace of pistols or a rifle with her. At fourteen, she was married off to a Lutheran, a bright oculist and doctor, Jacob Halpir, who left for Istanbul soon afterwards, taking his young wife along.

While living in the Ottoman Empire, Regina Salomėja acquired some mastery in the medical arts from her husband as well as from Turkish, Italian, and Maltese doctors. Even though she successfully treated patients, she also believed in sorcery. She noted in her diaries that she had been made ill by witchcraft on numerous occasions; she believed that one of her legs withered and was a half-cubit short because someone had given her the evil eye. Later in life, she lost control of her legs and arms as well as her mental faculties: she often felt like a child and saw a long-bearded monster lurking outside her window.

When her husband’s practice took him to Sofia, Bulgaria, the noblewoman took up medicine too and treated female patients. In the town of Philippoupolis (now Plovdiv, Bulgaria), Regina Salomėja treated the daughter of a local nazir (a Muslim official) afflicted with worms. The child took a concoction of aloe, saffron, myrrh, sulfuric acid, and wine spirits. Unfortunately, the girl died. When the doctor took the medicine herself, she survived and was spared execution.

In the custody of the king of thieves

Regina Salomėja also describes one of the biggest adventures in her life. Crossing the Balkans, it was difficult to travel across the mountains in a carriage, so she rode on horseback dressed in men’s clothes.

On the way, she joined a caravan, but was soon taken prisoner by a local wealthy thief, Sary (The Brown) Husein), who recognized her for what she was. Regina Salomėja cured him and his son’s father-in-law of eye diseases. She was royally rewarded and safely returned to her husband; but he died not long afterward, leaving her with a daughter.

Husband bought from the sultan

Upon learning about the defeat of the Austrian army at the hands of the Ottomans in the Austro-Russian-Turkish War (1735-1739), Regina Salomėja ransomed four Austrian prisoners of war from the sultan. Relatives of three of the soldiers paid her back the ransom, but not the fourth. Joseph Fortunatus Pilstein, an officer in the Austrian army from Bela Krajina (in present-day Slovenia), became Regina Salomėja’s second husband.

The two returned to Naugardukas. Mykolas Kazimieras Radvila (Michaù Kazimierz “Rybeñko” Radziwiùù), field hetman of the Grand Duchy of Lithuania, accepted him into his army, while Regina Salomėja continued to practice medicine.

Later, Regina Salomėja decided to go to Russia to free several Turks from captivity. She travelled to Saint Petersburg via Vilnius, Biržai, Riga, and Narva. A few successful surgical operations there brought her fame, and she was introduced to Russian Empress Anna Ivanovna. The empress treated the guest kindly and agreed to free Turkish prisoners kept in Reval (Tallinn) and Narva, in today’s Estonia.

Regina Salomėja returned home through Biržai, Ukmergė, and Vilnius, settling in Polesia. When her husband was sent to Zhovkva near Lviv in Ukraine, she travelled, despite being pregnant, via Wroclaw, Olomouc, Vienna, and Ljubljana all the way to her husband’s home.

Later, Regina Salomėja settled in Vienna and lived by the doctor’s trade. While in Austria, she gave birth to a son. Her second marriage, however, was not happy. Her husband, she wrote, was susceptible to squandering money and drinking. When she left for Turkey, he kidnapped her daughter and attempted to poison her. After unsuccessful attempts to reconcile, she divorced him and lived alone with her children.

Passion for a younger man

After an unsuccessful marriage, Regina Salomėja had an affair with a man seven years her junior, whom she referred to in her memoirs as amorato.

She wrote in her diaries how she let him exploit her as he took her money. On one occasion, she left her children in his custody and departed.

Upon returning, she discovered her son had starved to death, but still did not break up with her lover. When she went to Kiev, he followed her. She even went before a Russian imperial court to secure a warrant for her former partner’s arrest, but when the two met accidentally in a monastery, they reconciled.

In a sultan’s harem

Regina Salomėja spent considerable time living in the Ottoman Empire, in Hotim (now in Romania). When she was accused of helping people flee the empire to the Polish-Lithuanian Commonwealth, she left for Istanbul to escape prosecution and became a doctor to the sultan’s harem.

Regina Salomėja’s diaries describe in great detail the everyday life of the time. She was impressed with the royal residences she visited. Awe-struck  by the beauty of Sultan Mustafa II’s palace, she thought it was heaven on earth.

She also loved Saint Petersburg. She commented that there were no shanty houses in the shadows of palaces there, unlike Vienna or Istanbul. She  was positively mesmerized by Empress Anna Ivanovna’s court and wrote many anecdotes about Peter I and other Russian nobles.

Catalogue of nations and customs

Regina Salomėja’s narrative is a gripping and important testimony to eighteenth century life. Hers was a rather extraordinary career—very few women of the time succeeded as doctors, but she had no trouble finding patients and made a decent living by her trade.

Regina Salomėja acutely observed people of foreign creeds and nationalities. She sympathetically described the customs of the Ottoman peoples. She found the Turkish script very complicated. The Turks themselves, she wrote, spent their days lounging in coffeehouses and listening to music. She felt anxious over the repression   of Christians and the cruelty of the sultan and his officials toward Bulgarian and Serb insurgents. She preferred Russians to Austrians for the former’s Slavic hospitality.