Lithuanian emigration studies usually deal almost exclusively with Europe, the Americas, and Australia, where strong Lithuanian communities were formed over the years. There is, however, the virtually unknown story of a Lithuanian enclave in the Far East, specifically in the City of Harbin in Manchuria. The community had its inception in the mid 19th Century. Since data on this migration is not readily available or generally known, any information becomes a revealing discovery for historians pursuing diaspora studies.

Harbin on the Sungari River was only a sleepy urban outpost in 1896. However after the Chinese Eastern Railway extended to Port Arthur in 1898, Harbin grew into a city of immigrants and became a thriving cosmopolitan metropolis noted for its active commercial and cultural life.

At that time Lithuanians and Lithuanian Jews were fleeing the ravages of World War I and those of the Russian Revolution and headed eastward to the new city of Harbin in Manchuria. It was deemed to be a “European” city outside Europe proper; a haven for those not accepting Soviet rule and seeking to preserve their political, economic and religious freedoms. Thus Harbin became a sanctuary for a large population of White Russian emigres fleeing the Red Army and Jews escaping from Soviet pogroms. Harbin projected a vision of what life in Russia could have been had there been no Communist takeover.

Today, the Lithuanian Embassy in China is committed to preserve the heritage and promote the study of the Lithuanian Harbin community. It is part of an ongoing effort to collect, process and publish historical information about the Lithuanians in China, including their origins and their cultural and economic achievements.

As Counsellor in the Embassy of the Republic of Lithuania to the People’s Republic of China, I have had the opportunity to accompany Lithuanian scholars and archivists to Harbin on numerous occasions. Every time I visit the area I am struck by the uniqueness of the city and the rich heritage formed by its diverse communities. The newspapers from that period, now archived at the Provincial Museum, such as Zaria (Russian for Dawn) and Harbinskaia vremia (Russian for The Harbin Times) confirm the Lithuanian presence in Harbin. These newspapers published news from Lithuania, and reported on local Lithuanian and Jewish community events. They also ran ads promoting Lithuanian businesses. The local archives have preserved biographical dossiers on some 100 Lithuanians, documenting their extraordinary lives. The private collection of the sole remaining Jewish resident of Harbin, my dear friend Prof. Dan Ben-Canaan (whose mother fled from Vilnius), provides another precious source of historical information. 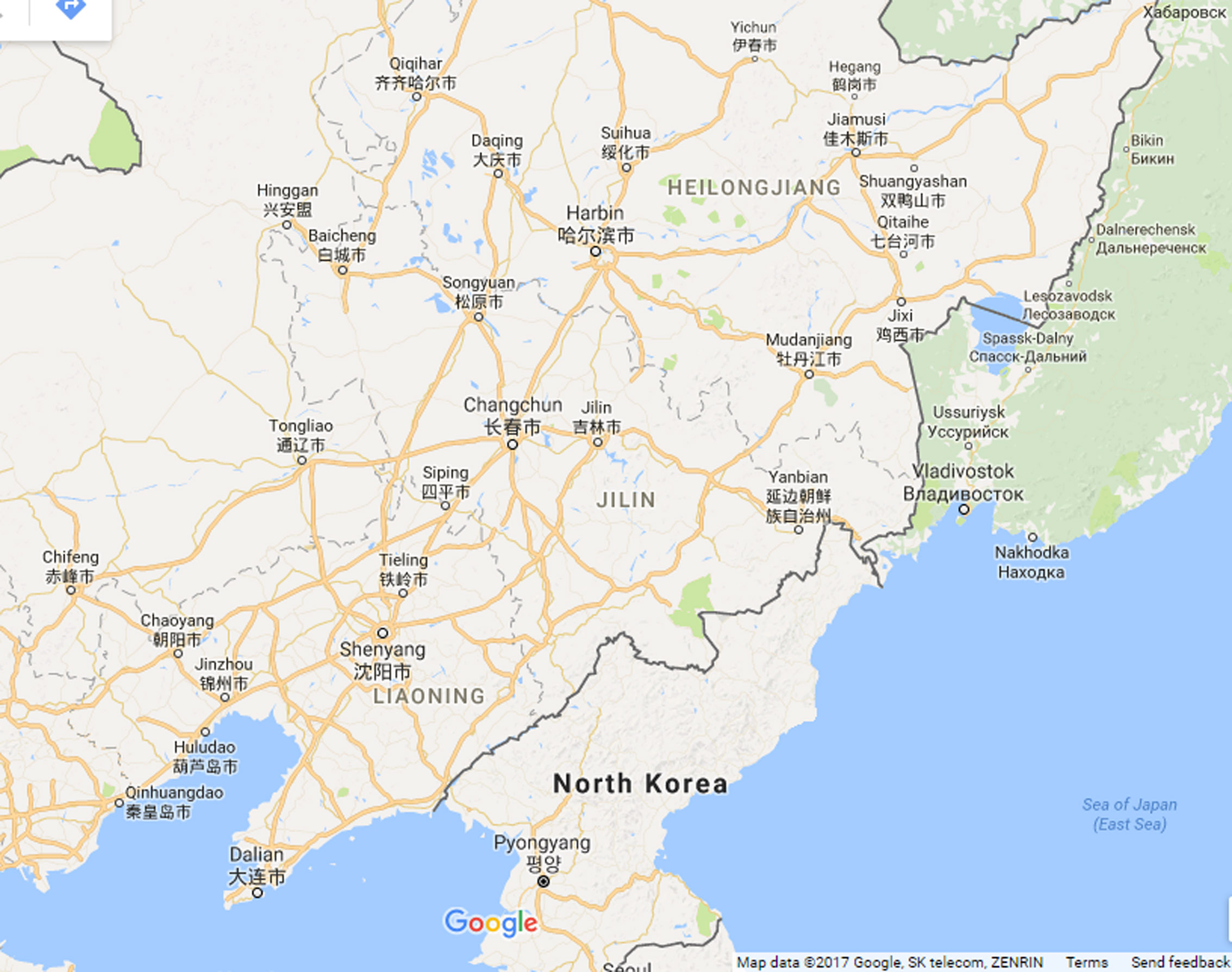 Count them: Five waves of immigration

According to one V. Maculevičius, a member of the Lithuanian Society in Harbin, the first wave of Lithuanians came to China in the mid-19th century. After the uprising of 1864, some Lithuanian revolutionaries, who were deported to Siberia, made it to China.

The main wave of ethnic Lithuanians and Lithuanian Jews arrived in Harbin as a result of the construction of the 3,000 mile Trans-Siberian Railroad. It provided a direct rail link from Moscow to Vladivostok. In 1896 the Chinese government and the Russo-Chinese Bank entered an agreement enabling the construction of the railway. Tens of thousands of workers from different parts of the Russian empire came to work on this grand project initiated by Emperor Nicholas II. Some of them settled in Manchuria, mostly in the Harbin area, to service the railway.

The third wave of immigrants settled in China from 1902 to 1905. Most of them were students deported after strikes in Moscow, as well as exiles after the Russian Revolution of 1905. It is also believed that some Lithuanians who fought in the Russo-Japanese War of 1905 may have remained in China after the war ended.

The fourth wave came during WWI when Lith­uanian troops conscripted into the Czarist Army were trying to escape from advancing Germans.

The last migration stage is a result of Soviet repressions. Some Lithuanians deported to Siberia who did not have an opportunity to return to Lithuania opted to move to China instead.

Paris of the Far East

Between 1903 and 1917 Harbin was transformed from a chaotic boomtown into a sophisticated European-like city with various cultural, educational, religious, and social institutions. Distant from the horrors of the Bolshevik Revolution, Harbiners applied their wealth and knowledge to build an open and prosperous society.

Aušra (The Dawn), established in 1909, was the first Lithuanian organization in Harbin. It was created for cultural purposes to promote and sustain a Lithuanian identity.

With the restoration of the Republic of Lithuania in 1918 Aušra reorganized into a service committee, an agency, for the legalization of Lithuanian passports and citizenship documents and providing aid to those seeking to return to Lithuania. It functioned in this capacity until 1923 when the Lithuanian Consulate was formally established in Harbin.

In 1935 the Lithuanian Society of Harbin was established. It began with only 22 members but grew to almost 200 by 1939. One of its leaders was a priest and journalist Rev. Vladas Mažonas. Jurgis Lasys, a pharmacist, was elected chairman of the Society. The association sponsored a choir and folk dance group. It also established a library and published Lithuanian publications. Lithuanian language classes were held daily. It published the Tolimųjų Rytų Žinios (Far East Almanac).

By the mid-1920s, Harbin was home to one of the largest Russian diasporas in the world, with over 120,000 Russians and other nationalities from the former czarist empire. National identity issues were on the rise.

Arriving from the Russian empire with czarist passports, the different nationalities did not regard themselves as ethnic Russians living in Russia’s “colony” of Manchuria. Some saw their residence in Harbin as temporary, especially after the Treaty of Versailles established the New World Order. With their old czarist passports obsolete, the Lithuanian-born population chose to become citizens of Lithuania, a choice not available for most “white émigrés.” Lithuanian passports provided them consular protection, freedom of travel and a privileged position in Harbin society.

Lithuania had a consular representation in Harbin throughout the interwar period. Aleksandras Polišaitis represented the Lithuanian government in Siberia and the Far East in 1920-1922 from his residence in Vladivostok. After China’s recognition of Lithuania on February 13, 1923, Polišaitis was received as a Consular Agent in China. He resigned on August 13, 1925, after the decision to change the career position to an Honorary Consulate. Jonas Katilius replaced Polišaitis on April 29, 1926, as Honorary Consul. He received the authorization to conduct consular activities from the Zhang Zuolin government in Mukden (Shenyang). In 1935 J. Katilius assigned Aleksandras Kovšaras to take over his authority. Kovšaras was in office from July 3, 1936, and left Harbin in 1938. Responsibilities were transferred to A. M. Lohmus, Estonian Honorary Consul, the same year in December. The decision to re-open a career consulate in Harbin was taken in 1939, and Eduardas Jatulis was appointed Consul. He was working in Harbin until 1945. Consuls were providing Lithuanians with consular services, preparing country reports of the area, and taking care of the Lithuanian community.

Other Groups from Lithuania in Harbin

Although ethnic Lithuanians made up a minority in Harbin, other groups from Lithuania made up a sizeable population and were instrumental in creating the vibrant city. Litvaks or Lithuanian Jews held a critical role in the economic and cultural life in Harbin. They owned more than 70 businesses.

The Eskin Brothers owned the largest shopping mall in the area. I. R. Dalier had a woolen goods shop; the Sweden Company was co-owned by one Dangin; a cloth shop, Pobeda, by P. A. Slutsiki. Mara Moustafine wrote that for Jews of the Czarist Empire, Manchuria was the land of opportunity. The discriminatory laws and restrictions which prevailed in the empire proper did not apply there. Most importantly, there were no pogroms and little overt anti-Semitism, at least until the late 1920s. Efforts to impose restrictions on the Jewish community were actively opposed by the Railway Chief Administrator, General Dmitri L. Horvath.

Harbin also had a small but active community of Karaites. Among the best-known were tobacco merchants Eli Aaronovitch (1874-1936) and Abraham Aaronovitch (1877-1953) Lopato, originally from Trakai, Lithuania. One can still find Lopato cigarettes for sale in Harbin. There were 41 Karaite graves in Harbin’s Foreign Catholic Union Cemetery before its destruction in the 1950s.

Harbin’s fortunes turned in 1932 when it was occupied by the Japanese. Harbin in the 1930’s was described as “a worn-out, decadent, almost desperate, but still, charming beauty, clinging to her reputation as the Paris of the Far East, but step by step being taken over by the new Japanese masters.” In the words of a Russian emigrant, as difficult as life was under the Japanese, the final blow for the Russian community in Harbin came in 1945 with the Soviet occupation following Japan’s defeat, and the takeover of Harbin by Red China the next year. But the memory of this unique city remained fresh in the minds of those hundreds of Harbin natives who were eventually permitted to migrate to other countries, including Australia, Brazil, Argentina, Israel, Canada and the United States.

The Embassy of Lithuania is grateful for access to the Harbin Archives, providing valuable information about Lithuanian lives in Harbin and the fruitful cooperation with local authorities.

This summer, June 25-30, Harbin will host the World Former Foreign Harbiners Forum. Descendants of the once prosperous and open Harbin society are invited by the Harbin Municipal Government to participate and contribute to reviving the area’s once glorious past. For further information, please contact Ms. Nancy Kong, Telephone: +86-451-84664234, Fax: +86-451-84664735, Email: wffhrc2017@163.com.

Previous A trip turned pilgrimage. OUR LADY OF ŠILUVA DE RINCON, NEW MEXICO
Next The Aestians in Roman Chronicles