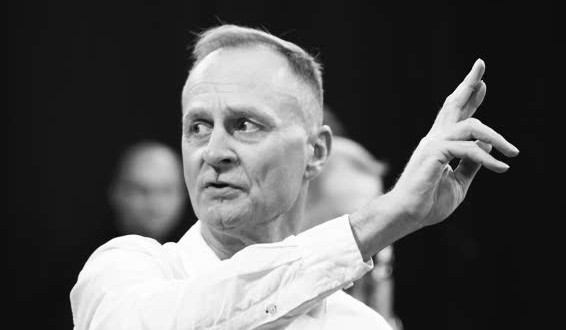 Baltic Song Around the Globe

27 years ago, Lithuanians Latvians and Estonian joined hands in the Baltic Way. This August they joined voices.

August 23rd is Black Ribbon Day. On this infamous date in 1939, Hitler’s and Stalin’s henchmen Ribbentrop and Molotov signed a non-aggression treaty that ultimately sent all of Europe into the the throes of World War II resulting in 60 million lives lost.

Among the casualties were nations that continued to suffer for more than 50 years after the end of the War. The secret protocols of the Molotov-Ribbentrop pact divided Europe in two and ultimately left the Baltic countries occupied by the Soviet Union. It was an occupation that lasted over half a century, and whose aftershocks still reverberate today.

The purpose of Black Ribbon Day is never to forget the ravages of communism. In 1989, Lithuanians Latvians and Estonians, still under the Communist yoke, formed the Baltic Way —they waged a non-violent protest by joining hands to form a human chain from Vilnius to Tallinn. This year, Lithuanian music producer Gediminas Zujus organized an initiative that better suits the 21st century — he united Lithuanians from different points on the globe to sing a sutartinė in real time.

Los Angeles-based musician and project collaborator Kęstutis Daugirdas explained the significance of this ancient Lithuanian musical form. “The sutartinė is a traditional folk melody in which the singers are “in agreement” (“sutaria”). Typically, two or three singers start in succession, one after another, together creating a distinctive, layered texture.” Those who hear a sutartinė for the first time are often startled by its dissonance, but upon better acquaintance become transfixed by the complexity of the sound.

Gediminas Zujus’s project, called “Baltic Song Around the Globe,” was as complex as the sutartinė itself. The central mixing area was located in a studio of the Vilnius Technological and Design College. Here, singers and musicians Veronika Povilionienė, Petras Vyšniauskas, Dominykas Vyšniauskas, Gediminas Laurinavičius and Kęstutis Lušas gathered to perform. They were joined by Latvian singer Baiba Skurstene-Serdiuke and Estonian Sofia Rubin. Computer monitors showed musicians preparing in other parts of the world. Kęstutis Daugirdas led his quintet Tolimi aidai in Los Angeles. Young singing sensation Agnė Giedraitytė plugged in from the Lithuanian Consul General’s office in Chicago. Australian Lithuanian folk group Pamesta klumpė (The Lost Clog) joined in from Melbourne. Their voices mixed with the traditional twang of the kanklės, modern sounds of electrified trumpets and primal beats of bongos — all joining together in real time at the Vilnius studio.

The musicians were joined by well-wishers Congressman John Shimkus in Washington, DC, Ambassador Žygimantas Pavilionis and Californian Lithuanian activist Angela Nelsas both at the Vilnius studio, Lithuanian Consul General in Chicago Marijus Gudynas and Consul General in Los Angeles Darius Gaidys, as well as others.

The greatest challenge was to synchronize the participants. Australia’s slow internet connection caused the most problems, but keeping track of all five locations also proved difficult. Zujus enlisted the assitance of computer programmer Kęstutis Dapkevičius who wrote a bespoke application synchonizing the tempo of the song with the international atomic clock. Zujus admitted that there were problems, but the final result exceeded his expectations.

Zujus was especially gratified to bring Australians into the mix. “I wanted to bring in Australian and South American Lithuanians. They are so far away that they feel abandoned by Lithuania. I’ve noticed that these unique collaborative projects “hook” Lithuanians together. They begin to search for their roots, attempt to learn the Lithuanian language, and revive long forgotten traditions.”

After the successful first attempt of “Baltic Song Around the Globe,” Gediminas Zujus is now considering more ambitious projects to be staged in 1918 when Lithuania celebrates 100 years since the declaration of its independence. Perhaps a grand realtime concert involving symphony orchestras and choirs? Or maybe an opera? It is still too soon to say, but the dress rehearsal on the eve of Black Ribbon Day foretells something interesting in Lithuania’s future.

Previous An Interview with Stanley Balzekas, Jr.
Next Interning in Lithuania – Total immersion from Robots to High Finance