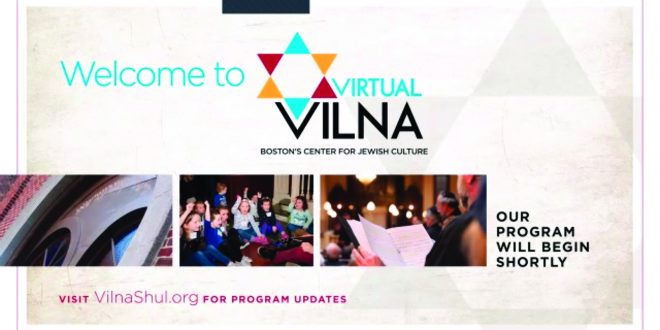 Jewish and Lithuanian Cuisine. We eat the same things!

Several years ago, Draugas News featured a story on Nida Degutienė – businesswoman, food blogger, writer, and freelance journalist, who had just published a cookbook, Taste of Israel. Nida became immersed in Litvak and Jewish cuisine when her husband diplomat Darius Degutis was appointed Lithuania’s ambassador to Israel and South Africa (2009-2014). Her cookbook was a huge success: it’s Lithuanian and English language editions sold out in less than three years. Nida’s enthusiasm for Litvak cooking has not faded.  On October 18, she participated in a particularly engaging online discussion exploring connections between Lithuanian and Litvak cookery in Israel and South Africa hosted by the Vilna Shul. Nida was joined by chef Jeffrey Yoskowitz, a food entrepreneur and Jewish food expert, and Gabriella Gershenson, who moderated the discussion.

The Vilna Shul currently operates as a cultural center celebrating Jewish culture and its intersection with other cultures in historic Beacon Hill in downtown Boston. In recognition of the 300th anniversary of the Vilna Gaon, the intellectual and spiritual leader of one of the most influential Jewish communities in history, the Vilna Shul partnered with the Lithuanian Culture Institute, Consulate General of the Republic of Lithuania in New York, and The Gefilteria, Yoskowitz’s Brooklyn-based Jewish restaurant and cultural hub, to arrange for this online discussion. Its purpose was to discuss Lithuanian-Jewish cuisine and the legacy of “Jewish” culture and food in Lithuania today and also to explore the foods that traveled with members of the Lithuanian community to new lands in Israel, the United States, South Africa, and beyond. The discussion can be seen in its entirety on the Vilna Shul Facebook page.

What sparked your interest in Litvak cuisine?

This is precisely how it happened: my husband was appointed Ambassador of the Republic of Lithuania to Israel, and I accompanied him to this unknown country. I had been interested in food for a long time, but when I noticed how much Lithuanian cuisine has in common with traditional Jewish (Ashkenazi) cuisine, I became curious about what unites us, and how Litvak dishes made their way into Lithuanian cuisine, and vice versa. I was also interested in how we modified them or adapted them to existing conditions, seasonality, climate.

What is unique about Litvak cuisine? What influence did it have on Lithuanian cookery?

Litvak cuisine is hugely seasonal, uncomplicated, often reflecting the nuances of Jewish scriptures. It is so similar to well-established Lithuanian traditional cuisine that sometimes it is difficult to acknowledge that what we Lithuanians considered as “our” food is actually Jewish (for example, meatloaf, stuffed cabbage, kugelis, potato pancakes, herring dishes, blintzes with fillings, gingerbread, bagels, and apple cakes). Jews, who traveled north through Europe, undoubtedly brought many culinary traditions to our country, and those traditions took root in Lithuanian cuisine. For Jews, food has always been a vital part of their religious practice, so they cherished food culture more than any other nation. I think that it influenced Lithuanians’ eating habits; we learned to cook a lot of dishes from Jews.

What were the most surprising discoveries?

I am still surprised by how many dishes we have in common with our Jewish neighbors. They are so intertwined that you can’t tell who influenced whom.

At the virtual Vilna Shul event, you presented three dishes: herring, blintzes, and cold beet soup. What is so special about these dishes?

In Lithuania, herring was most associated with Jewish traders. Our grandmothers bought barrels of salted herring from the Jews and fed the family throughout the Advent period until Christmas. The “herring road” stretched through Lithuania. This Scandinavian salted fish traveled through Lithuania to the depths of Russia. The Jews also admired herring and said that you must eat at least one herring a day. I think it was very suitable for our climate – oily fish was nutritious, and it did not spoil. Herring on a Lithuanian table is also a ubiquitous snack, so I thought that herring probably connects Lithuanians with Jews in a culinary sense.

I chose blintzes because, as a schoolchild, I ate them for breakfast every morning. It was difficult for me to come to terms with the idea that Lithuanian pancakes (blintzes) are a Jewish dish. Presumably, they arrived in Lithuania from Austrian Jews. We eat pancakes for breakfast all year round, while the Jews eat them during Shavuot, celebrated in the spring when dishes made with milk products are served on the tables all week.

I chose cold beet soup because Lithuanians believe they are the only ones in the world who eat it. Lithuanians know that any foreigner who braves tasting the strange pink will not ask for a second helping. Except for Litvaks! For Litvaks, cold beet soup is a nostalgic dish made in summer by their grandmothers. By the way, I had the opportunity to taste real cold borscht as was probably prepared by our great-grandparents a hundred years ago in the Republic of South Africa. Here, the Litvaks have fossilized their culinary traditions. It is vital for them to keep their traditions and to pass them on to successive generations.

What is your favorite Jewish dish?

I like bagels (I like to cook them myself) with smoked salmon, tasty gefilte fish (but I will admit – I am partial to the Polish Jewish recipe instead of the Lithuanian Jewish version), and I really like teiglah – cookies cooked in honey syrup.